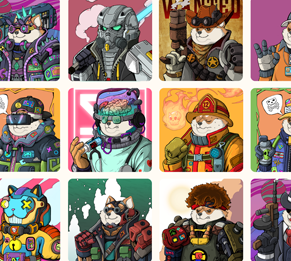 We learned that blockchain is a decentralised technology in the previous post on the topic. Here, we take a closer look at one of the most popular blockchain projects: Ethereum. Ethereum is a decentralised platform that supports smart contracts, which are programmes that execute exactly as intended and are immune to downtime, censorship, fraud, or outside influence.

The blockchain, a specially developed worldwide shared infrastructure that can move value around and indicate the ownership of property, is the platform on which Ethereum apps are run.

Without a middleman or counterparty risk, this enables developers to construct markets, hold registries of obligations or promises, move funds in line with instructions issued in the distant past (like a will or a futures contract), and many more things that have not yet been conceived.

The player records recorded on the Ethereum Game Development are accessible to any developer from anywhere since blockchains are essentially very large, open databases.

Online Bitcoin payments are made possible by the peer-to-peer electronic cash mechanism that Bitcoin is more oriented toward.

The Ethereum blockchain focuses on running the source code of any decentralised application, whereas the Bitcoin blockchain is intended to monitor ownership of digital currency (bitcoins).

A programmable blockchain exists in Ethereum.

Ethereum allows users to design their own operations of any complexity they choose, as opposed to providing them with a collection of pre-defined operations (like bitcoin transactions).

In addition to being a coin that can be traded, Ether is also used by app developers to pay for services and transaction costs on the Ethereum network.

Contract Accounts, which are only “activated” by an EOA and are governed by their contract code

The sender of a transaction is responsible for paying for any calculation and memory storage costs associated with the “software” they initiated. Ether, the native value token of Ethereum, is used to pay these fees.

By deploying code to the blockchain, users can establish new contracts that specify computer code that enables the exchange of money, content, property, shares, or anything else of value.

A smart contract that is implemented on the blockchain behaves like a self-running computer programme when certain criteria are met.

Because smart contracts operate on the blockchain, there is no chance of censorship, downtime, fraud, or outside interference because they function exactly as intended.

State Bank of India, the largest lender in India, has declared that beta launches of blockchain-enabled smart contracts would be available by the end of the month.

But in some circumstances, a private blockchain or consortium blockchain (among a set of reliable players) might be used.

For instance, several businesses in industries like banking are considering using Ethereum as a platform for their own private blockchains.

Mist: This is the Ethereum platform’s version of a web browser. The accounts and contracts you engage with are displayed using it as a user interface.

Without ever using the command line, you may also build contracts and interact with them using a graphical user interface.

Mist is the app to use if you’re not a developer and just want to store ether and engage with Ethereum contracts.

A standalone miner called Ethminer. This can be used to benchmark a mining setup or to mine. It works with pyethereum, geth, and eth.

Remix with Solidity: Remix is an IDE with an integrated debugger and testing environment for the Solidity programming language for smart contracts.