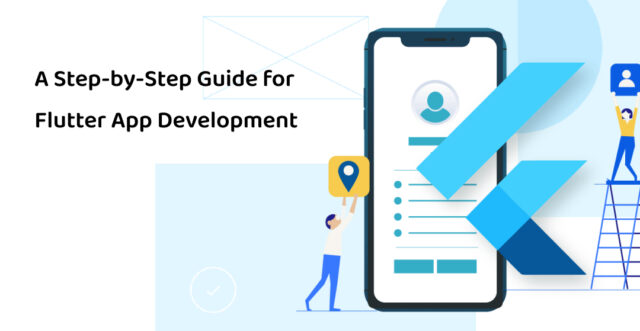 Many businesses are taking advantage of this development and adding to the rise in app downloads. These details are:

Did you know the Google Play is the largest app store, with 2.7 million applications available to Android users?

After reading the above statistic and fact, it is evident that the industry for app development is expanding quickly, with startups often taking the lead in creating applications like corporate apps from flutter app development company and expanding their reach. Mobile app development with Flutter is the most significant recommendation if you have a concept but are unsure about which platform to employ.

Google built and unveiled Flutter, a free and open-source mobile UI framework, in May 2017. It enables you to create a native mobile application using only one codebase. It implies that you may construct two specific applications using a single programming language and codebase (for iOS and Android).

According to the Flutter app development company, Flutter is developed of two essential types: to help you create your applications, an SDK (Software Development Kit) is a collection of tools.

Tools for translating your code to native machine code are also supplied for iOS and Android. A Framework (UI Library based on widgets) is a set of reusable user interface (UI) components, such as buttons, text input fields, sliders, and other items, that you may customize to meet your requirements.

Now, that you have understood what Flutter is, let’s move forward and know about the steps to develop Flutter app.

Although it may seem cliché, don’t all excellent apps start with an original thought? Once you have a concept, you must investigate the market and identify your target market. Don’t simply start making an app blindly; instead, perform extensive study on the facts, ideas, and rivals. Finding out how you are superior to your competition is always vital.

A minimum viable product, or MVP, encourages company owners to test their concepts, get client feedback and determine their target market’s demands. The MVP method helps avoid market failure and spending money on a product not supported by adequate market research and surveys.

Due to its open-source nature, Flutter supports MVP development. The development process has accelerated thanks to Flutter, making it more streamlined and effective. Additionally, you can construct a straightforward MVP without different backends, thanks to Flutter’s connectivity with Firebase. Flutter’s MVP creation has the advantage of delivering a complexly developed solution.

Flutter gives us access to stunning native components in addition to motive speed and hot reloads for rapid development. The Flutter toolkit has opened the door to a wide range of UI/UX possibilities while removing platform restriction thanks to its use of its source code.

Increasingly, Flutter is an all-platform framework. What happens if you wish to utilize a smaller or larger device or your startup app? Whether it’ a smartphone, laptop, wristwatch, or TV. So you may give a wider variety of devices on which the app can operate by building native mobile applications utilizing Flutter.

You may overcome such difficulties using Flutter’s adaptive features. “Adaptive Layouts” refers to how your programme effectively presents the user interface (UI) on the device used to see it.

Because Flutter currently supports a wide range of devices with a single code base, there is no need to create separate codes for each one. You may depend on packages that come with native iOS & Android widgets to give your app a platform-specific appearance.

Backend: The information that the end user cannot view is stored there. It contains databases and server-side objects that are crucial for enabling the functionalities of mobile apps.

Application Programming Interface, or API, is a communicate channel between the backend and the app.

Front end: The user interacts with an application’s front end. Most apps have an interactive user experience (UX) that manages data via backends and APIs.

After everything is set up, the next step is to deploy your web server (API) into a scalable production environment. The second step is publishing the software to the Apple App Store and Google Play Store.

Currently, there is fierce competition in the app development industry. A new app must be exceptional enough to capture the public’s attention to stand out within a constrained budget. Flutter is the platform to utilize if you are launching a new app since it enables you to create user-friendly applications for various media at a reasonable price. In contrast to other platforms, Flutter enables app developers to create slick user interfaces.

With its ability to increase customization and speed up the app creation process, Flutter is destined to revolutionize the cross platform app development business. Explore the Flutter app development firm in-depth and take part in the revolution.