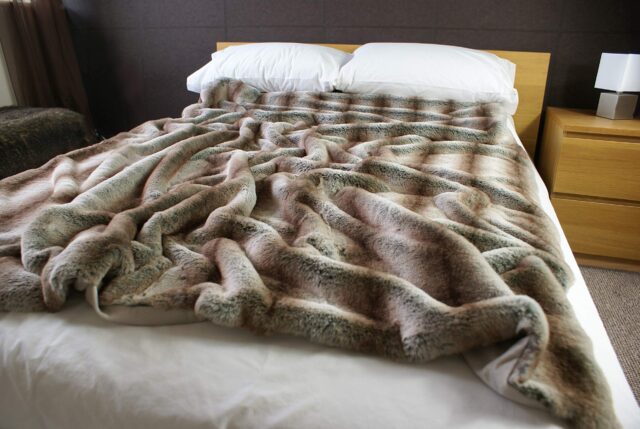 Lack of sleep (or at least, low-quality sleep) has been connected to a wide range of health problems, from the common cold to a sluggish metabolism. On top of that, a good night’s sleep is essential for maintaining the stamina to go through the day. Still, a lot of individuals don’t appear to be receiving the sleep they need, whether because of anxiety, a busy schedule, or a lack of understanding of the importance of sleep. One of the many options available to help you get some shut-eye may be staring you in the face the whole time. There’s a very reasonable argument for why investing in high-end bedding can help you sleep for longer and more soundly.

You may have already tried to improve your sleep by doing things like downloading sleep-inducing apps, redecorating your space to provide a more tranquil atmosphere, or even reworking your diet to eliminate foods that may be causing problems, but if you’re still sleeping on low-quality sheets and pillowcases, you may be missing out.

The Main Variation between a Duvet and a Comforter

A duvet is different from a comforter in a few significant ways. To begin, a comforter is meant to be used without being cut up because it is a single, quilted unit. In contrast, a duvet should be used in conjunction with a duvet cover, coverlet, or top quilt. It simplifies using a comforter, yet duvets are more convenient to maintain. There’s no need to remove the comforter before washing the cover, and the smaller size won’t throw off the washer’s equilibrium.

Due to its intended use without a top sheet or other blankets, a duvet may also help keep you warm. Many individuals do so, although it is not required.

Nonetheless, this is not to imply that luxury bed throws and comforters have no commonalities. Both are like wrapping yourself in a large, soft blanket on a cold night. Both can be thicker or thinner depending on the material and your preference for how much heat or cold they let in. Both the duvet cover and the comforter may make a significant visual impact on the overall appearance of your bed.

The meaning of a duvet cover has been elusive

Possibly perplexing is the question of what a duvet cover is and how it is used. A duvet cover serves the same purpose that a pillow sham does for a pillow. The duvet is inserted into the cover, and the end is secured with buttons, ties, or a zipper. So that you don’t have to worry about washing and drying the bulky duvet, they’re designed to be removed and washed separately.

You can simply change the look of your bed without having to buy a whole new comforter set because duvet covers are made to be removed and replaced. You may use them with comforters, too, but measure carefully first. Sheets aren’t strictly essential if you use luxury bed throws, although some people feel that way. We won’t advise you how to arrange the sheets on your bed, so decide for yourself.

The Complete Adventure of Sherry Dyson

Orthokeratology for your children to keep their eyesight clear